by Colin Yap (’16)
From the Sarah Fontaine Unit 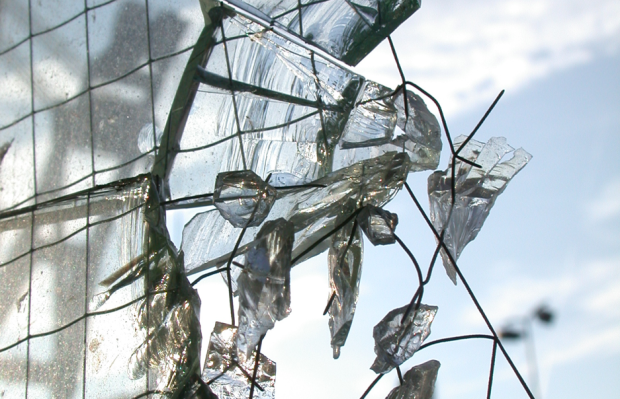 In the middle of the ocean, on a circle of land jutting from the blue haze of sea, lies an island. In the center is a city of glass and steel, resting upon fields of concrete. Vertical shafts of glass and metal extend from the ground like trees in a jungle from center of the city. When you stand from very far away, these buildings look like shiny little beacons. You can see the humans within them, standing at the edges of their little boxed-in-rooms, looking out into the distance.

The ground is covered in shards of glass that falls upon the sidewalks. The buildings rise steadily taller until they reach the center of the city, where a tall needle extends into the sky, the tallest tower in the island, reaching into the sky like a hand towards the sky and whatever heavens may lie there.

In the tallest room of this tallest tower lives a very old man. Let’s call him The Loner.

The Loner is one hundred and ten years old. He lives in the silence of solitude and spends his days staring into the grand old distance. Old distance that never seems to change, the ocean churning constantly. He sits in his wheelchair and waits for someone to arrive.

He is the oldest living human being in the world. The medical experts have forgotten about him. The Book of World Records has forgotten about him. All friends and family he has ever known and chose to love has left. He sits in his solitary tower. He can speak, but only in the gravel sounds he produces from his mouth. No one is high enough in another glass tower to meet his eye and say hello.

Once upon a time he was remembered by those who saw him. No one sees him any more, and no one remembers. He exists only in body and not in the mind of any other living person.

He is set with the unfortunate affliction of waiting. The Loner waits patiently for a knock to come upon his door. For someone to remember he is a person, that he still exists and wishes to continue to exist.

Surrounding the city lies the ghettos, resting on the outskirts of the city of glass. Woman lives here. She is a tall and skinny, a thirty year old with two kids crawling up her legs. She chose to have them, and she chose the men with which she had them. Woman never looked their fathers in the eye.

The children are covered in dirt and scabs and scars. They have thick brown hair and white eyes that never cease to look forward, piercing through whatever lies before them. They do not cry.

The houses in the ghettos are made of thick adobe bricks stacked up, one by one, red and brown and hard. The houses are short and squat and sprawl across the land where the glass buildings start to diminish. They extend in every direction, upon and down across the plains until the sandy beach starts. In the morning the men and women who live along the beach, who have thick hair and strong arms, walk from their houses to the sand. They push their boats into the water and spend the day from sun up to sun rise in the water. The sun emerges from the water and sinks into the water. The fishermen drag their boats upon the sand and leave them in the nighttime.

Woman spends her nights weaving a long rug of gold and red and silver colors. It is for the plain rooms of her house, so that she can dress the brown floors with color.  She works as a clothes washer, and runs a Laundromat in the day time. Even the Laundromat is made of earth bricks. Few come to wash their clothes, spending so much time in the dirt.

Woman leaves her kids at the school. Once upon a time at the school a fight broke out between her son and another child. Her son, let’s call him Boy, was called an ill-bred faggot by another boy. The boy who called him that ended up with a broken jaw and two missing teeth.

When she was called into the school, Woman did not apologize, and though she did not speak to him, or encourage him to do the same, her son stood with the same distant disposition.

In an event that may or may not have been related, someone set fire to Woman’s Laundromat that night. It was noted in the police report that the child who Boy had punched in the face was the son of a man who considered himself a local thug. He found Woman’s silence unforgivable.

After the fire ended though, the building still stood. It was stained black with soot, yet still stood. Woman did not cry.

He awakes to the sound of the train conductor walking up to him, “are you okay?”

A light is shined in his eyes, and Man recoils, falling against the ground. In the distance are the steamy buildings and the constant hum, the high pitched squeals and motion that would continue long through the night, into the daylight.

“Alright. This is the last stop. You have to get off here. Trains have stopped running, it’s time to go. Come on, get up.”

In the distance, what Man hears is the red light. If you spent enough time among the outskirts of the glass towers, and you looked hard enough, you would find the district for prostitutes and drugs. No one is ever introduced to it; rather, on some Wednesday night, with nothing better to do but get drunk on cheap Whiskey and stagger around in your best set of work clothing, you find it, and the red light finds you.

In the musk of steam and smoke, among the bamboo doors and wooden buildings, you would find uppers and downers, snakes and loose women and loose men. The village of night is a village of alleyways and neon signs. The buildings could easily catch fire, glazed with sweat and oil, made of bamboo. In the desperation of night, you could find something, anything, something unlike the constant boredom of  night.

Yet, if he could, Man would not head out into the distant glow of the red light. He would follow the dirty paths of the ghetto, guided by the pinprick lights in the sky and the sound of ocean waves nestling into the sand. The air would be cold, and he would be tired, and his legs wouldn’t work, stumbling a little bit as they hit the ground. He would keep on going anyway.

He would walk a long time until he came to the ocean. The sun would start rising. It would be there that he would curl into a ball, lie on his side, and watch the surf foam as sunlight shined through the Eastern sea. It is there that he would lie down with the willingness to die, watching through tired eyes the sea burn up the land and him with it.

This is all if he had not, five minutes later, walked off to the red lights that would never cease to burn in the cold night. It is there that he wants to travel to, if only not to be alone once more.