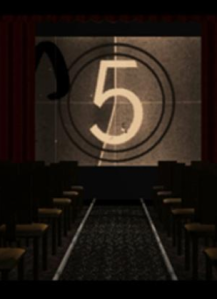 An array of short films designed to inspire, challenge, tickle the senses, and–in some cases–expunge the inner demon.

Dan Kryston Memorial Theater
Ruth Asawa San Francisco School of the Arts [map]
Saturday’s Spotlight before the show features author, activist, and Salon.com founder David Talbot in conversation with writer Armistead Maupin, author of nine novels including Tales of the City, his captivating portrait of San Francisco in the ’70s, which was most recently produced as a stage musical with its world premiere at ACT in 2011. David Talbot has been reporting on global and local issues for decades and is a staunch advocate for arts education in the district and beyond. Mr. Talbot will kick off the evening with a signing of his most recent book, Season of the Witch: Enchantment, Terror, and Deliverance in the City of Love, a chronicle of San Francisco history and its values from 1967-1982.  Brought to you over two nights, Media Night features the best from SOTA’s filmmakers. This semester’s films employ documentary, narrative, experimental, and animated styles and feature collaborations with students from across the SOTA arts disciplines, including theater, creative writing, technical theater, visual arts, and–back by popular demand–the music-composition class. The films are one-of-a-kind, the atmosphere lively, thus proving why Media Night continues to be, year after year, one of the most popular and well-reviewed of any SOTA exhibition or performance.