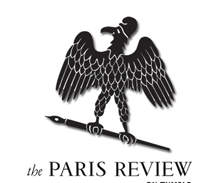 We just got confirmation that we’ll have a last-minute guest tomorrow during CW! Before he appears in an event at City Lights tomorrow night, the editor of The Paris Review, Lorin Stein, is going to come to our class to talk about his work as an editor, writer, and translator. He’s also somewhat of a literary celebrity in New York. This is a very special opportunity!

Since its founding in 1953, the Paris Review has introduced some of the most important writers of the day. Adrienne Rich was first published in its pages, as were Philip Roth, V. S. Naipaul, Mona Simpson, Edward P. Jones, and Rick Moody. Selections from Samuel Beckett’s novel Molloy appeared in the fifth issue, one of his first publications in English. The magazine was also among the first to recognize the work of Jack Kerouac, with the publication of his short story, “The Mexican Girl,” in 1955.

Lorin Stein is only the 3rd editor of the Review in its 50+ years of its existence. Mr. Stein is also a critic and translator, and before editing the Review, he was an editor at one of the most preeminent literary publishing houses, Farrar, Straus & Giroux (FSG). While at FSG, Stein made his name finding and editing the work of such authors as Elif Batuman, Lydia Davis, Jeffrey Eugenides, Jonathan Franzen, Denis Johnson, Sam Lipsyte, Richard Price and James Wood. He also worked on FSG’s recent translations of fiction by Roberto Bolaño and is the translator from the French of “The Mystery Guest” by Gregoire Bouillier.

His reviews of fiction and poetry and his translations from French have appeared in The New York Review of Books, Harper’s, The London Review of Books, The New Republic, n+1, and the Salon Guide to Contemporary Fiction.