Today the whole department went to see Lorna Dee Cervantes, San Francisco Poet Laureate Alejandro Murguía, and California State Poet Laureate Juan Felipe Herrera read poetry and discuss the current state of Chicano literature. I expected to hear some bilingual poetry and a short discussion afterwards, but the panel q&a turned out to be the meat of the program. I was astonished by the way the three poets wove big-picture politics in with their personal and artistic lives. They talked about issues too diverse and far-reaching for me to itemize here, but touched on subjects from war budgets sleep apnea to independent publishing. Lorna Dee Cervantes passionately went in depth about the attack on ethnic studies in Arizona schools, blowing my mind with connections between censorship of Chicana/o literature, dropout rates, and hate crimes. (To learn more about this issue, go to http://librotraficante.com/.) This then led to discussion about the implications of censorship, and the ways that current trends in the U.S. mirror the rise of Nazism in Europe in the 30s.

When asked what people could do to counteract this, Herrera said to “focus on the creative.” The others agreed and expanded on the sentiment. The fact that these experienced, educated activists (one of whom studied the rise of Nazism in graduate school) truly believe that writing poetry can fight fascism: that’s definitely the thing that I’ll carry with me from this afternoon. That amount of responsibility placed on me as a writer is simultaneously horrifying and inspiring. I can’t wait for more of those radical political/artistic “a-ha!” connections, which are sure to happen when Juan Felipe Herrera teaches his unit in the Creative Writing classroom. 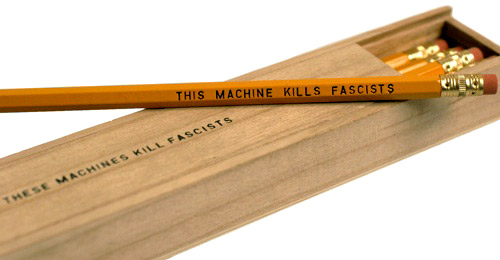 (Midori) The day before, I assisted with a Saturday Chinese school my mom teaches at and my sister attends. I met the principal, a friendly man that told me the only thing I had to know about his school was the mission statement– to get children interested in the Chinese language. He didn’t say anything about the SAT or the AP, the babysitting business they were practically doing, the rise of China as a world power or anything like that, just told me of his sincere wish for children to like Chinese. Invigorated by our meeting, I taught a class, and was faced with the annoying reality of twenty five arrogant middle schoolers and freshmen. Their literacy level was also much lower than I had hoped for, and upon asking one of them how long they’ve been at this school, she answered proudly “Ten years!” This was from a girl that didn’t even understand when I asked for her name in Chinese. I was infinitely saddened by this response, and today, I realized why. As someone who has immediate access to both Chinese and English cultures, I have the best of both worlds, and I see the value in both. Here is a student that is more concerned with appearing “cool” and not caring about her grades than with culture. Her culture. It saddened me that she had ignored this wonderful opportunity for ten frickin’ years, that she had forsaken an entire world of stories and culture, and had done it all with pride. As all three featuring poets said today, this is the road a lot of youths are facing– illiteracy, pride, ignorance, and fear. It scared me, but in a way that reaffirmed my determination to be a writer, to not be afraid of people, to not be afraid of stories.